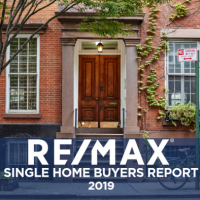 As Canadians’ household debt ratio creeps higher across the country, single Canadians who are interested in buying a home on their own (26 per cent), seem to be on a different path. According to a recent RE/MAX survey conducted by Leger, almost half of respondents (43 per cent) have less than $5,000 in debt, casting doubt on claims that debt is impacting their decision to purchase a home.

For more than half of single Canadians, the decision not to purchase is driven by economic uncertainty and high home prices (52 per cent). Meanwhile, 81 per cent of singles who want to purchase a home say that they have the ability to do so and finance a property on their own. More than one-third (37 per cent) of single home buyers will use a loan or mortgage, and 35 per cent have the savings available to make the down payment.

“It’s concerning to see qualified buyers showing hesitancy toward home ownership. Price and economic factors aside, the additional unnecessary layers of government intervention have left many feeling pushed out of the market, or uncertain of it,” says Christopher Alexander, Executive Vice President, RE/MAX of Ontario-Atlantic Canada.

However, despite these factors, it’s important to remember that buying Canadian real estate is still one of the safest and most reliable financial investments one can make.

Single Canadians who want to buy a home are in agreement, with 38 per cent saying it is a good investment, which is especially the case for those living in urban areas (51 per cent). The second most-common reason for single Canadians wanting to purchase a home is to have more flexibility in their living space (27 per cent).

There is a great opportunity for asset growth, particularly as home prices continue to increase in cities like Toronto and Vancouver, pushing the average sales price up in all surrounding regions as well.