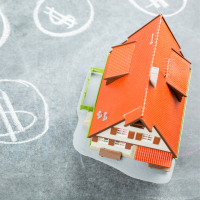 The federal government has announced changes to the OSFI mortgage stress test in 2020, which will make qualifying for a mortgage easier. However, experts expect that the changes will have little impact on housing affordability in Canada’s most-active and expensive markets.

The mortgage stress stress test was originally introduced in October 2016 on insured mortgages (those will less than a 20-per-cent down payment) and was expanded in January 2018 to include uninsured mortgages (20-per-cent down payment or more). The objective was to cool overheating housing markets and remove speculators, by testing borrowers at a higher interest rate to ensure they can carry their debt load if interest rates increased. The current mortgage stress test requires borrowers to qualify based on the Bank of Canada’s five-year benchmark rate (currently 5.19 per cent) or their contractual mortgage rate plus two per cent – whichever is higher.

As intended, some housing markets cooled, as the pool of first-time homebuyers shrank and a negative domino effect ensued.

“The rental market is in a frenzy, since those who no longer qualify for a mortgage are forced to rent,” Christopher Alexander, Executive Vice President and Regional Director at RE/MAX of Ontario-Atlantic Canada wrote in an op-ed. “On the flip side, those who currently own a starter home with hopes of selling and moving up the property ladder, are unable to find buyers, since 10 per cent of buyers no longer qualify for a mortgage.”

And with interest rates expected to fall, the stress test in its current form had come under much scrutiny with calls for change. A recent review by federal financial agencies agreed that “the minimum qualifying rate should be more dynamic to better reflect the evolution of market conditions,” the Department of Finance noted in last week’s announcement.

“For many middle-class Canadians, their home is the most important investment they will make in their lifetime. Our government has a responsibility to ensure that investment is protected and to support a stable housing market,” according to a statement by Minister of Finance Bill Morneau. “The government will continue to monitor the housing market and make changes as appropriate. Reviewing the stress test ensures it is responsive to market conditions.”

However, homebuyers in Canada’s most-expensive housing markets are unlikely to feel much relief. The qualifying rate to pass the stress test will fall by about 30 basis points, which translates to about three per cent greater purchasing power. “What’s happening is a 20 (or) 30 basis-point difference,” CIBC’s Deputy Chief Economist Benjamin Tal told BNN. “That will not change the trajectory of the Toronto or Vancouver housing market.”

While the new benchmark rate for qualifying insured mortgages can help first-time homebuyers ease into the housing market, the change won’t make it easier to buy a property in cities like Toronto and Vancouver, as the adjustment does not address the supply and demand issue.

“Some of Canada’s housing markets are facing serious challenges,” says Alexander. “We won’t see significant change unless inventory levels are addressed in hot markets like Toronto, and in many of Canada’s urban centres. We need to continue to push for housing affordability, as well as an increase in housing supply for buyers and renters, but we have yet to see a comprehensive national housing strategy to help facilitate this shift.”