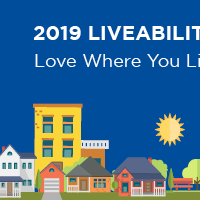 Canadians love where they live; RE/MAX Report explores some of the best places to live in Canada

Canadians genuinely celebrate the liveability factors — the qualities that give each homeowner the true satisfaction of his/her home within the context of a neighbourhood — when it comes to choosing a property to buy and live in. In fact, 89 per cent of Canadians would recommend their neighbourhood to others according to a recent RE/MAX survey conducted by Leger.

The latest RE/MAX report examined a variety of quality of life factors and how they impact Canadians’ home-buying decisions.

“Housing is often a contentious topic in Canada, with affordability and inventory being persistent problems from coast to coast,” says Christopher Alexander, Executive Vice President, RE/MAX of Ontario-Atlantic Canada. “However, when buyers are looking for a home, the search begins at the neighbourhood level. And the good news is that Canadians have lots of choice when it comes to ‘liveable’ cities and neighbourhoods.”

Six-in-10 Canadians put easy access to shopping, dining and green spaces at the top of their liveability criteria. Proximity to public transit (36 per cent), work (30 per cent) and to preferred schools (18 per cent), as well as cultural and community centres (18 per cent) fall out of the top five neighbourhood wants and expectations.

The proximity and availability of these liveability factors is so important that Canadians spend more than two-thirds of their time in their own neighbourhood. This rate is higher among Baby Boomers compared to Gen Z, Millennial and Gen X Canadians.

“While price and value are always top of mind for buyers, there are some aspects about a home that you can’t change,” says Alexander. “These liveability factors are what make your home more than just the place you live. They are at the heart of the Canadian experience, especially when you consider the survey results.”

RE/MAX brokers were also asked to tap into their neighbourhood expertise and rate their city on each liveability factor.

“Despite reports of slowing economic conditions and a relatively flat real estate market in Alberta, Calgary and Edmonton shine as beacons of liveability,” says Elton Ash, Regional Executive Vice President, RE/MAX of Western Canada. “This is a promising sign for any buyers considering a purchase in either city as they continue to develop as liveable cities in their own right.”

Toronto ranked medium for access to green spaces and parks but high for availability of big and small retail stores, population growth and access to healthcare facilities. The neighbourhoods that rated highest for access to green space and parks – Rosedale, Leaside and The Beaches – are also the most expensive. Conversely, Toronto’s most affordable neighbourhoods include parts of Scarborough and East York.

Vancouver ranked medium for availability of big and small retail stores, population growth and housing supply. However, it ranked high in availability of public transit, where the Skytrain and bus system prove exceptional; and walkability, especially in Yaletown. Main, West End and Kerrisdale are the top three all-around liveable neighbourhoods in Vancouver while Mount Pleasant, Downtown and Renfrew-Collingwood are the most affordable.

“Liveability encompasses the many intangibles when buying and selling a home than an algorithm will never sufficiently capture. You need word of mouth and the on-the-ground expertise of a REALTOR® who has genuine locale knowledge like few others,” adds Ash.